Two Rotary Club of Dunwoody (RCD) teams worked on this annual event that attracts over 2,500 participants and 32,000 spectators. One RCD team put the "float" together and then waved and distributed candy and balloon globes to kids over the 2,7 mile parade route. All our giveaways were tagged with an invitation to parents to join RCD in Having Fun and Making a Difference! Our float took second place in the Civic Organization category. The float included information on stopping polio.

While we were decorating at one end of the parade route, another RCD team was busy in Dunwoody Village getting ready to sell hot dogs and baked goods at the Fourth of July Festival. We made over $200 from the hot dog stand this year. Many other Dunwoody Rotarians and neighbors just stopped by for a hot dog. We had at least 40 participants in this special event and RCD had a great impact on the local community. This event included a $1,000 donation to the Dunwoody Homeowner Association as a parade sponsor. 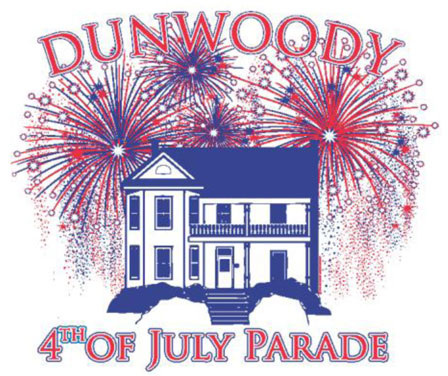 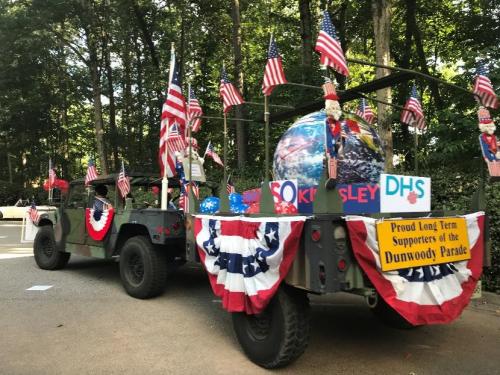