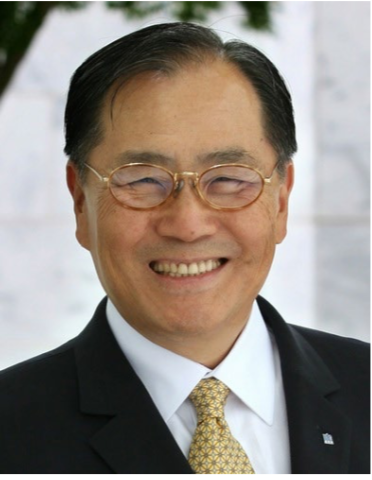 Join us this Friday to welcome Atlanta Rotarian Sunny K. Park, Chief Executive Janitor of General Building Maintenance, President of Global Sun Investments and a member of Georgia Banking Company Board. You can join in person at Le Meridien or via Zoom at https://us02web.zoom.us/j/86202979419

Sunny is a 2000 USO Patriot Award recipient and one of Most Influential Atlantans by JAMES Magazine and Atlanta Business Chronicle in multiple years. He is an Executive in Residence of Georgia State University, lecturing regularly. Mr. Park immigrated to the United States in 1974 with no money. Today, as an indicator of his business acumen, he has successfully achieved his goal of paying $1 million in income tax annually.

He served as president of the National Korean American Federation (1991); Chairman of the 1992 Overseas Korean Conference in Berlin, Germany; In 1996, he founded the American Korean Friendship Society to strengthen unique relationship between the two nations; To encourage fellow immigrants to become active in community affairs, Mr. Park founded the Good Neighboring Foundation; With his own program “If Sunny Can, I Can,” he mentors high school dropouts at Youth Challenge Programs. He presented the commencement speeches to Class 2006 of Kennesaw State University, Class 2007 of Berry College, Rome, Georgia and 2018 of Belhaven University, Jackson, Mississippi.

Sunny is laureate of Atlanta Business Hall of Fame; inducted to KATUSA Hall of Fame in Korea. He is decorated with People’s Merit by South Korean President; Volunteer Service Award by the President of the U. S.; Americanism Medal by Daughters of American Revolution; Patrick Henry Trophy by National Guards Association; Small Business Person of the Year by Atlanta Chamber of Commerce; Lifetime Achievement Award by the National Youth Foundation 2007; VanLandingham Commitment to Economic Education Award by Georgia State University; 2018 Liberty Award by Institution of Corian American Studies; 2020 Freedom Award from Georgia Public Policy Foundation.

He studied at Indiana University Purdue University at Indianapolis. He received honorary doctorate from Belhaven University. Sunny Park attends the Church of The Apostle, Atlanta, GA.