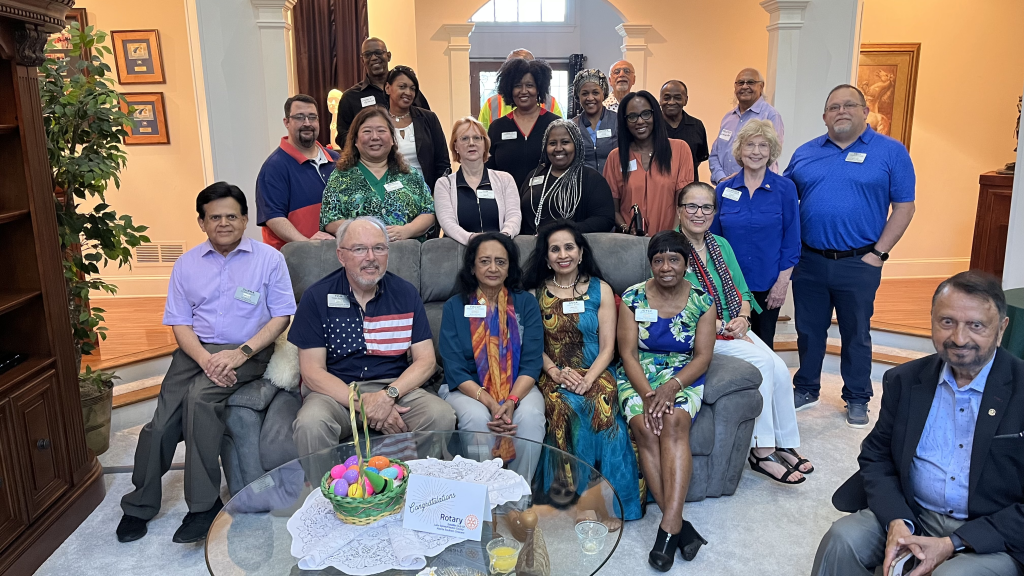 The newest Rotary Club in District 6900 is the Rotary Club of Atlanta Southern Crescent, chartered on April 29, 2022. This Club is the former Rotary Satellite Club of Lake Spivey/Clayton County. Pictured is the Satellite Club social and we gained two members there!

We formed as a Satellite Club in March and there was so much interest and so many people working to secure new members, that we were able to charter a Club in one month with 22 people. Seven people came from the Host Club and formed the Advisory Committee and three others asked to join us.

Our Rotary Club of Atlanta Southern Crescent’s format is two Zoom meetings a month on the first and second Fridays at noon. The third week we have an in-person social and the next week, every other month is a service project. We have already had our first service project and are looking forward to our first meeting as a club this Friday at noon on Zoom.

The club has created an electronic flipbook to share club basics with potential members. You can check it out here.

Congratulations to the Rotary Club of Atlanta Southern Crescent!